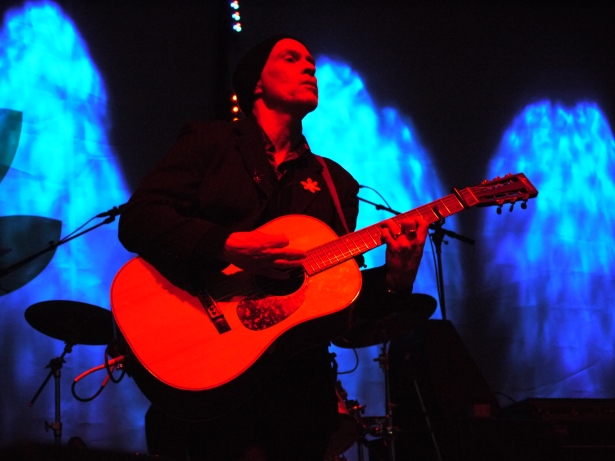 It was news we knew was coming. John Mann went public with his diagnosis of Alzheimer’s disease in 2014 and, like Gord Downie and his glioblastoma, we knew there was only one way this was going to end. Also like Downie, he endured with music and performance as long as he could. Fans were grateful, and their courage cheered us. A positive note to a terribly sad song.

It was just as I was clearing up breakfast this morning after everyone had darted off to school that I saw the notes of tribute on Facebook. All my friends from high school sharing videos and memories. Spirit of the West was not my favourite band at the time, but they were cherished and important. We were richer to have heard them and we’re sadder now that John Mann is gone.

If the Tragically Hip were “Canada’s band”, Spirit of the West was truly a West Coast affair. Political and deliberately gentle with people in  the 1980s, when hippie consciousness had succumbed to a slick east coast urbanity everywhere except the lotus land west of the Rockies, they inhabited and embodied the space.

The song “Political” was often playing during rehearsals for our theatre productions. It was the right vibe for many friends, a couple of whom went on to form a short-lived jam band on Nettwerk, Flannel Jimmy. Alex Maher and Mario Vaira were clearly the two most talented musicians in my year, and they brought such excellence to the group. Based in Vancouver, every return to Nanaimo and the Queen’s Hotel was a little high school reunion, and among their originals, they would always drop “Political” – a very dancey tune. (The connection was not mere homage: Nettwerk would also released Mann’s solo record, and they managed to swing his distinctive voice in a couple of guest slots on their record.)

But the real dance floor winner was always “Home for a Rest”. High school in the 1990s was a place of distinct musical tribes: some liked techno, some grunge, some pop. These tastes largely determined who you hung out with at lunch time. But something always materialises as the mysterious glue that binds you together and makes you a proper cohort. For Dover Bay’s graduating class of 1997, that was “Home for a Rest”. I remember being at prom with my girlfriend – from a different high school, actually graduated and now at college, and studying jazz. Yes, incredibly cool was I. Cool enough to be mooching around with her somewhere on the fringes, judging pretty much everyone else ’cause they’re so shallow and we’re so deep. And then the acoustic intro, breathy flute, and straining vocals reached us:

You’ll have to excuse me, I’m not at my best
I’ve been gone for a week, I’ve been drunk since I left

“C’mon, let’s go!” And we were flung in the dance, jigging and reeling with everybody. It was magical.

Later, in Ottawa, I would play that song pretty much every Siobhan gig, guiding the rhythm on bouzouki and backup vocals. For the boys who’d been in the band since its very beginning, it had become such a burden that Nick, our singer, simply couldn’t listen to the song anymore. Playing our tours of Germany and the Netherlands, one of the high points was that we could drop it from the set lists because no one knew it. But of course, a couple of random Canadians were there on St Patrick’s Day at the Jameson Distillery Bar in Köln, and they requested it. How could we refuse? Brilliant encore in one of the sweatiest gigs I’d ever played.

When Siobhan folded and I started playing solo shows, the one I would bust out was “And If Venice Is Sinking”. Full of references to art, religion, and travel, it was suitably highbrow for an intellectual guy like me, and the melody was great. My voice is not Mann’s, and I was always straining at the chorus, but the beauty of the song kept me playing it. How could I play another?

Despite my fidelity to that song, their catalogue is deep. Save This House, the record that gave us “Home for a Rest”, is just about perfect – and it’s a long one at nearly 60 minutes. Besides the overly righteous and unartful “Loaded Minds”, there isn’t a missed step on the record. They sang with anger about the spill of the Exxon Valdez, with tenderness about broken relationships, with amusement about hippie lifestyle on Salt Spring Island, and with cutting sarcasm about our false concern for people with disabilities. “Close enough to make the effort/ far enough to make excuses” was a perfect couplet that damned all its listeners. “If I had eyes, I’d see that it was me.”

Well, John Mann could see it, and he showed us, too. Thanks for that, and go in peace.