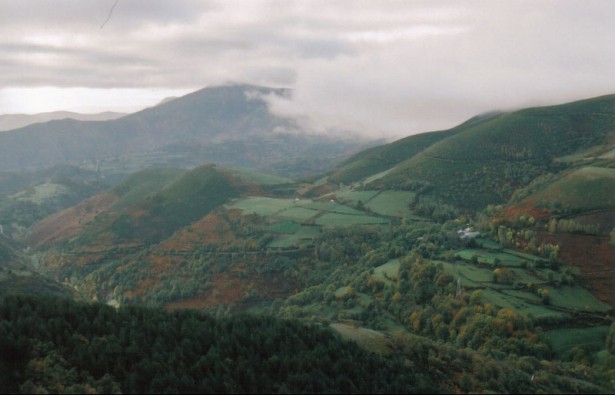 I popped into the bank a little while ago. I seldom need to go in, as I can do most of what I need on the internet or at the hole in the wall, but we had recently moved from Scotland to Wales, and I had a mittfull of Scottish bank notes which are not widely embraced as currency south of the border (even though they’re still pounds sterling. Even at the food shops in King’s Cross Station, where the Edinburgh train tends to arrive. Don’t get me started.)

Anyway, I was at the bank, as I said, and they had a table out with some used books for sale, raising money for some charity or another. Cancer, I think. Most of the books on the table looked pretty carcinogenic, if you ask me, but that’s often the way of these things. The dregs and the disposable circulate, whilst the books that are actually worth reading tend to stay on our shelves. Funny that.

But I looked at the table anyway, and on it was Paulo Coehlo’s The Alchemist. I know a lot of people get pretty jazzed about his stuff, and his books and his thoughts were present with many of our fellow peregrinos on the camino, which we walked ten years ago on the button. I was not tempted, nor did I put much faith in Shirley MacLaine’s also-influential account. She got a lot of people scared about dogs – people practicing their faux-fencing skills with those wonderful Nordic poles in case they had to defend themselves on the journey. (We did meet a dog – a yappy thing with a blue ribbon around its neck. I wanted to take a picture for Shirley’s sake.)

Coehlo and MacLaine were referenced by the writer who did get us going – a journalist with the Ottawa Citizen named Robert Sibley. He walked the route and wrote a summer feature in weekly installments which tantalised our travel thoughts. He’s a reflective guy generally, but this walk really set him off, and he ended up putting a book together about this, other pilgrimages he’s taken, and the quest for re-enchantment in a cold bureaucratised world. That one I’ve read.

Sibley notes, as so many do, that you need to travel light when you walk the camino. Now, having something to read is a good – perhaps a necessary – thing on the pilgrimage, because there are coffee stops, fountain breaks, lonely nights in albergues, or just times when you don’t want to be at the table playing card games before sleep. But you don’t want to take anything thick, and Sibley recommended poetry for the density of the written product. You can spend a lot of time on a single poem if you let yourself – even a single line. And collections tend to be thin, so they’re manageable. His choice, as many have chosen, was R. S. Thomas, and he cited him throughout his weekly articles as a kind of lodestar for his thoughts.

One of the terrible ironies of my decade-on reflection is that I can remember distinctly what book I took to read on the plane, and then at Gatwick on the transfer, and then on the second plane to Biarritz, and which I left in our hotel in Bayonne, still only halfway through. It was Tom Clancy’s Executive Orders – one of his Jack Ryan books, taking place after the political cataclysm of Debt of Honour in which a kamikaze commercial pilot takes out Congress, the Supreme Court, and POTUS, leaving our hero as the new president. Shlocky stuff. I ate it up as a teenager, but abandoned it for Hemingway after high school. And then there it was, at some second-hand book table, so I bought it precisely to read on the plane and abandon. It’s a thick ‘un, too.

But what book of poetry did I bring? What words were my companion? Damned if I can remember. I’d put money on it being Osip Mandelstam, but he’s kind of bleak and I can see myself wanting something a little more uplifting. I honestly don’t recall. Maybe that’s poor, or maybe it’s a sign that other things were significant besides the words I was reading.

I do recall that I had a Pocket Canon version of Isaiah in the KJV, which I read at the steady pace of two chapters a day and which inspired a Dylanesque protest song that I now can only remember in fragments. I recall that we read a psalm together every day mid-morning, and the line that rings most enduringly with me now is Psalm 27: 14 – “Be strong, and let your heart take courage.” Maybe that’s all the poetry I need. Maybe that’s sufficient as a mantra to walk you 800 kilometres.

Speaking of mantras and the one line to last you, I did pick up the Alchemist from the book sale. My 20p would go to a good cause whether or not Coehlo was worth it. And after it kicked about the house for some weeks, I decided to give it a go. It wasn’t terrible. I have a hard time seeing how people could be convinced by it. The most profound assertions are the ones backed up by no more than his saying that they are true. But he shows more humour than I anticipated, and the line I marked from the book is this, from halfway through, when Santiago arrives at the oasis and the alchemist watches the caravan come in.

“Maybe God created the desert so that man could appreciate the date trees, he thought.” 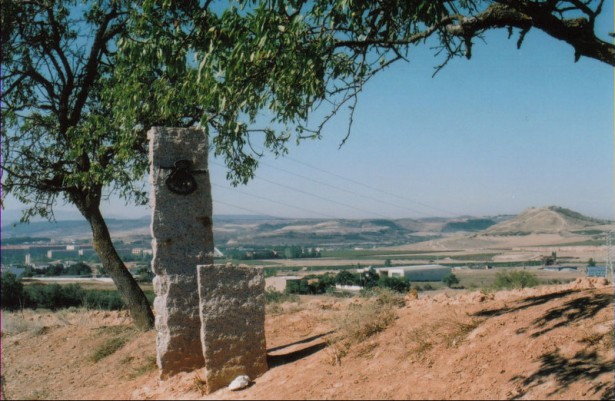 One thought on “One Line to Last You”